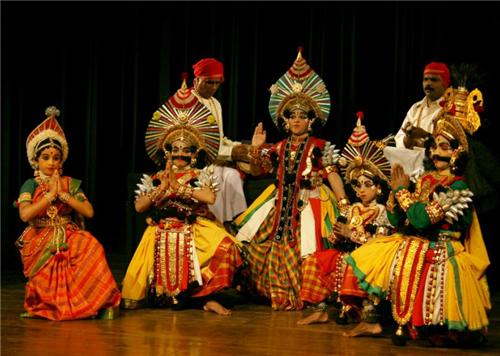 Uppinakudru is a small island village in Karnataka, India. The village is situated 6km north of Kundapura. The only means of transportation was boat during earlier times. Uppina Kudru name has been derived from two words in Kannada meaning a place where salt is produced or an island of salt. Uppinakudru is mainly famous for hosting the famous puppet show known as the Yakshagana which has not only national but international recognition too. It is also famous for trading salt and sea food. Alt in Kannada is called ‘Uppu’ and hence the name.

During Tipu Sultan’s reign Uppinakudru was considered as one of the most important places to store armaments of the state. The means of transport was only boats and it was isolated from the main land of Kundapura. As the village was near an important sea route its protection was of major concern and fortunately there were huge coconut tress which was very helpful in literally hiding the island from pirates and it continued to be a hidden island up to the 20th century.

Talking about Yakshagana threads puppet show which earns the island a national recognition; it is the most important form of art of the small island village. The puppet dance is performed with the music effect of Yakshagana. And also the costumes they wear is similar to that of Yakshagana Bayalata. The sizes of puppets are 18 inches high. Their makeup is highly elaborated with heavy jewelry. The movement of puppet is because of a person who boosts life in the puppet by skilful manipulation. The person is known as Suthradhara (puppet master). It is a very ancient form of art and is drawn from the Epics and Bhagavatha Purana. Old tradition is still maintained in the form of Yakshagana.

Manjappa, Laxman, and Naraimha Kamath were the three brothers who founded of this ancient art form. They began the performance back almost three centuries ago in the Uppinakudru Island. Then following the flow of hierarchy Devanna Padmanabha Kamath, Kundapura Taluk, Laxman Kamath and his grandson continued this profession with same zeal and took it as a mission to spread it all over the world. Devana Kamath got national fame by winning National award by performing the dance in 1996 under the assistance of Smt. Kamaladevi Chattapadhya, Sri Srinivasa Mallya, Sri K Sanjeeva Prabhu and Sri K.S Upadhyaya. Other than that Sri Devanna Kamtha also staged many different shows all over the country and has left everyone spell bound across the borders as well. 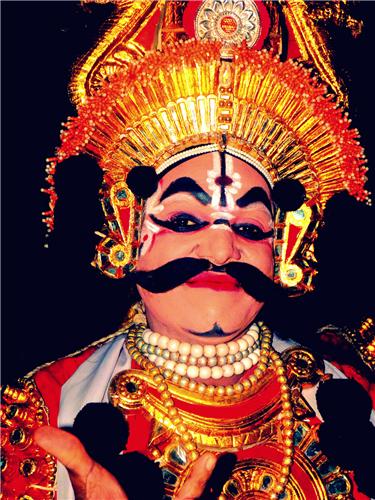 Though it is a small village with less population, the people of the village has managed to maintain three other temples and eight mutts within the village. The car festival is another attraction of the village which is held every year and also all the temples are renovated at regular intervals.

Brief description of the three temples:-

Lord Gopalkrishna Temple
It is most famous temple in Uppinakudru. Ramanavami is celebrated here with great enthusiasm.

Lord Vasudeva Temple
Vasudeva is deity of the whole village. The practice of applying Gandha (sandalwood paste) on the idol’s forehead is practiced in this temple since ages now.

Siddhi Vinayaka Temple
The temple of lord Ganesha; is adjacent to the Vasudeva temple.

At present times the people of this village depend on agriculture as their economy. Small self-help groups have come into existence in this village to help people to stand on their own feet and earn a better living.

The village has also proved his excellence in the field of education. It has three Kindergarten schools and a higher primary school with the capacity of accommodating up to 5000 students at a time. Some names need to be mentioned i.e. Sri U. Nagappa Aithal andYajnarayana Aithal; they are personalities who are promoting construction of new buildings for higher elementary school in the village in full-swing.

The small village has been also been titled with following national awards;

Over all the Uppinakudru Island has got fame in whole world and is attracting people from different parts of world. So visit the village and have a beautiful experience.

Comments / Discussion Board - Uppinakudru in Udupi